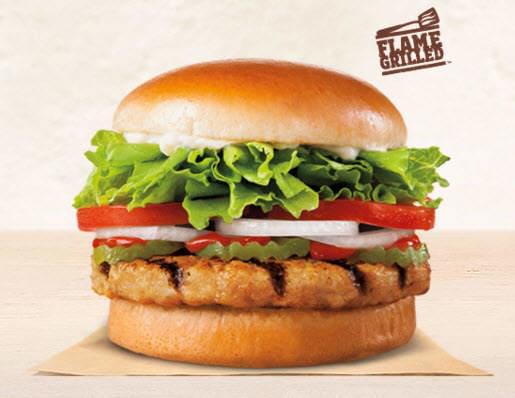 Burgers can be pretty darn tasty. Unfortunately, a big, juicy burger usually comes at a high nutritional cost. The red meat in a burger patty is greasy, fatty, caloric and full of cholesterol. But what if we swapped out the beef for white meat? That's exactly what Burger King has done with their new limited time offering, the Chicken Burger. But is the Chicken Burger actually healthier than a good old fashioned beef burger? Let's find out!

Savory? Fresh? Brioche? How fancy of you, Burger King!

The only area that the Chicken Burger falls short in is salt content. The Chicken Burger contains over 1,100 mg of sodium. That's about 18% more sodium than you'll find in the Whopper, and represents nearly half of the daily recommended value of sodium!

The Verdict: Even though the Chicken Burger contains more sodium than the Whopper, it is still the healthier choice.

How Restaurants are Responding to the COVID-19 Outbreak