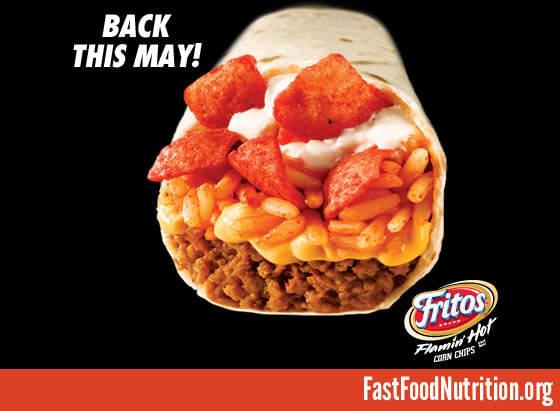 Next month, Taco Bell will be bringing an old favorite out of retirement. The Beefy Crunch Burrito will make it's triumphant return to the menu in May, but only for a limited time.

So what else is in this burrito? And what about the nutrition facts? Is it healthy?

The Beefy Crunch Burrito has 500 calories and 1,060 mg of sodium. That's 44% of your daily value of sodium! These number might not seem THAT terrible for a meal... but it isn't really a full meal, is it? You'll probably order one of these suckers with a drink and maybe a side dish or a taco. Doing that will push your meal up near the 1,000 calorie range.