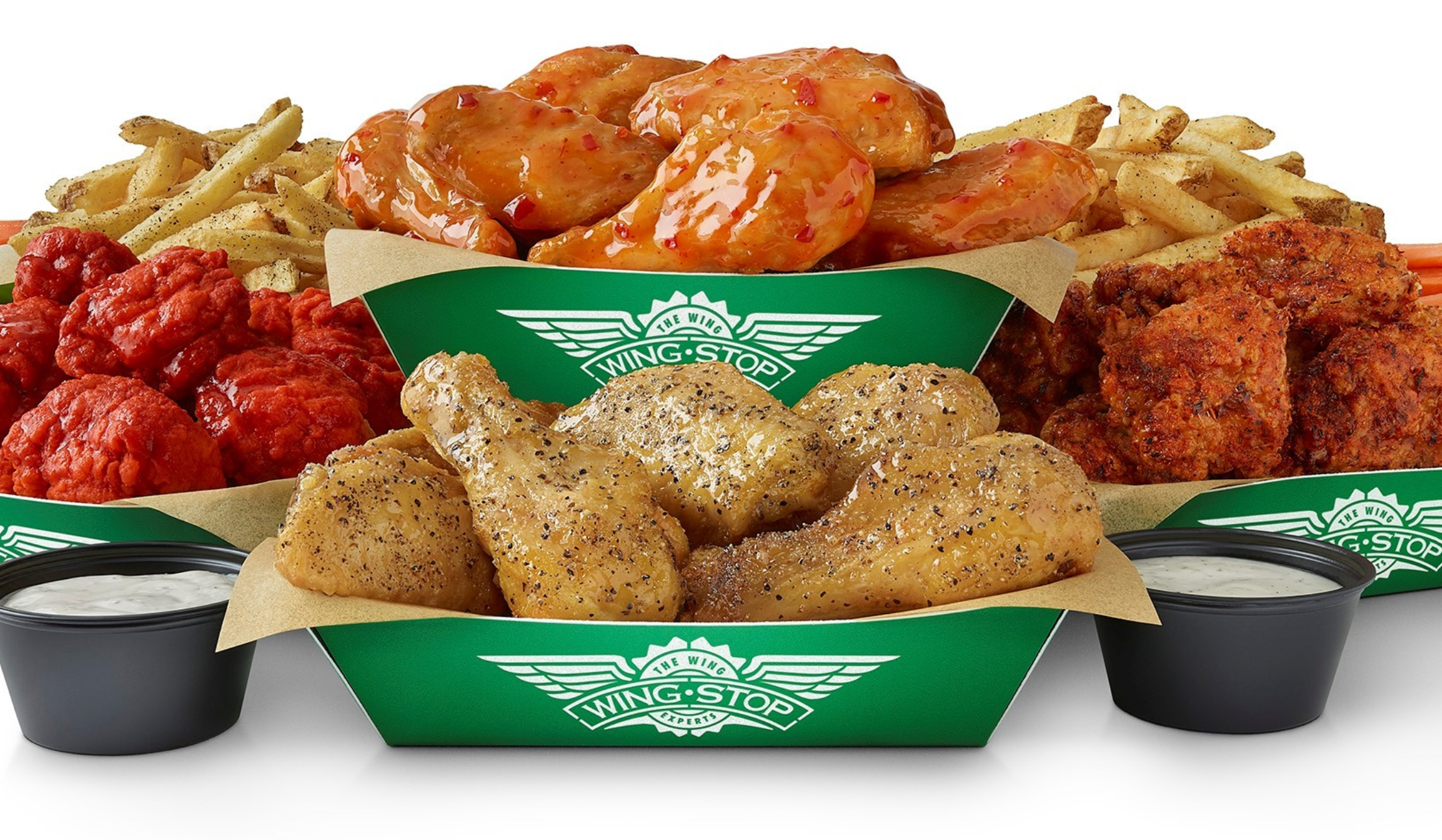 Whether you're ordering chicken wings, thighs, tenders or a chicken sandwich at Wingstop, you'll have to make an absolutely critical decision; which of the more than a dozen Wingstop sauce flavors should you choose? With so many options, it can be tough to decide! Never fear friends, our Wingstop Sauce Flavor Guide is here to help you make the choice that's best for you.

Wingstop offers a wide array of spice levels in their sauces and dry rubs. Some are super spicy, like the Atomic Sauce, while others are sweet and savory like the Garlic Parmesan Rub. And of course, there are all different of levels of spice to be found in between. To help you find a Wingstop Flavor that has the right level of spice for you, we've ranked all of the flavors by spice level.

What is the Best Tasting Wingstop Flavor?

If you can only pick one flavor for your wings, why wouldn't you want it to be the best tasting sauce? Of course, taste is subjective, but we can tell you which flavors most Wingstop frequenters seem to favor. For years we've been surveying our website visitors on which flavors they prefer. The top rated flavor is none other than the Original Hot Sauce, followed closely by the Lemon Pepper Rub. The Wingstop flavor that Below is a list of the flavors that have been most positively reviewed.

What is the Healthiest Wingstop Flavor?

Chicken wings might not exactly be health food. However, if you're going to Wingstop, you might as well try to pick a healthy flavor. In general, most Wingstop flavors contain a good amount of calories and sodium. That means the absolute healthiest option would be to get your wings, tenders or sandwich plain, with no flavor. If you find that boring, there are a few Wingstop flavor options that don't add too many calories.

Wingstop Flavors with the Fewest Calories

What is the Best Wingstop Chicken Sandwich Flavor

It may not come as a surprise that same Wingstop flavors that our visitors prefer on their wings are also the flavors they prefer on their chicken sandwiches. The most popular flavor for the Wingstop Chicken Sandwich is the Original Hot Sandwich followed by the Lemon Pepper Sandwich.

Are any Wingstop flavors gluten free?

If you keep a gluten free diet, Wingstop offers plenty of flavors that do not contain gluten. In fact, among the dozen Wingstop flavors, only the Hawiian Sauce contains wheat or gluten. That's great news for anyone who prefers to avoid gluten, but the story isn't as rosy for those with a serious gluten allergy. That's because all of Wingstop's fried foods are cooked in the same oil, making cross contamination an inevitability. Learn more about gluten free options at Wingstop.