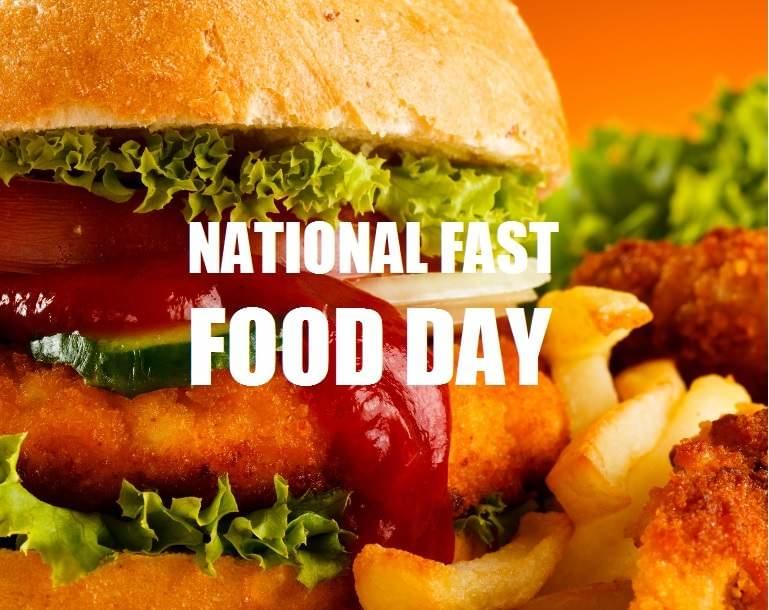 Strap on a bib, loosen your belt and prepare your arteries to be clogged, because it's National Fast Food Day! Time to gorge on fried, greasy foods like hogs at a feeding trough! Or is it? At FastFoodNutrition.org, we're dedicated to helping you make smarter decisions with your eating habits. Today we present a few tips to help you make sure your National Fast Food Day meal doesn't come with a side of weight gain.

Chipotle fans love the spiced meats, salsas and beans in a Chipotle Burrito. But getting all of those delicious, fresh ingredients served in a bowl instead of a tortilla can save you a whopping 300 calories. To put that in perspective, to burn off the calories from the tortilla, an average adult would have to run almost 3 miles!

Are you craving something sweet and creamy from McDonald's? You could order a shake, but opting for a Fruit 'n Yogurt Parfait will be much healthier. A small shake has more than twice the calories and seven times the fat of the parfait!

If you must have a burger, exercise a little portion control and opt for the Whopper Jr. You'll still get all the flavors of the original Whopper, but with nearly 50% fewer calories. And as an added bonus, the smaller burger is less likely to leave you in a food coma or feeling uncomfortably full after.

Are you craving a steak taco? There are two on the Taco Bell menu, and one has the clear nutritional advantage. The Grilled Steak Soft Taco packs almost 70% more calories and 300% more fat than the Fresco Grilled Steak Taco.

Going for the thin crust will reduce the number of calories in your cjeese pizza by 20%.

Eat This: Subway Honey Mustard Sauce
Not That: Subway Mayonnaise or Ranch Sauce

Eat This: Arby's Jalapeno Bites
Not That: Arby's Curly Fries