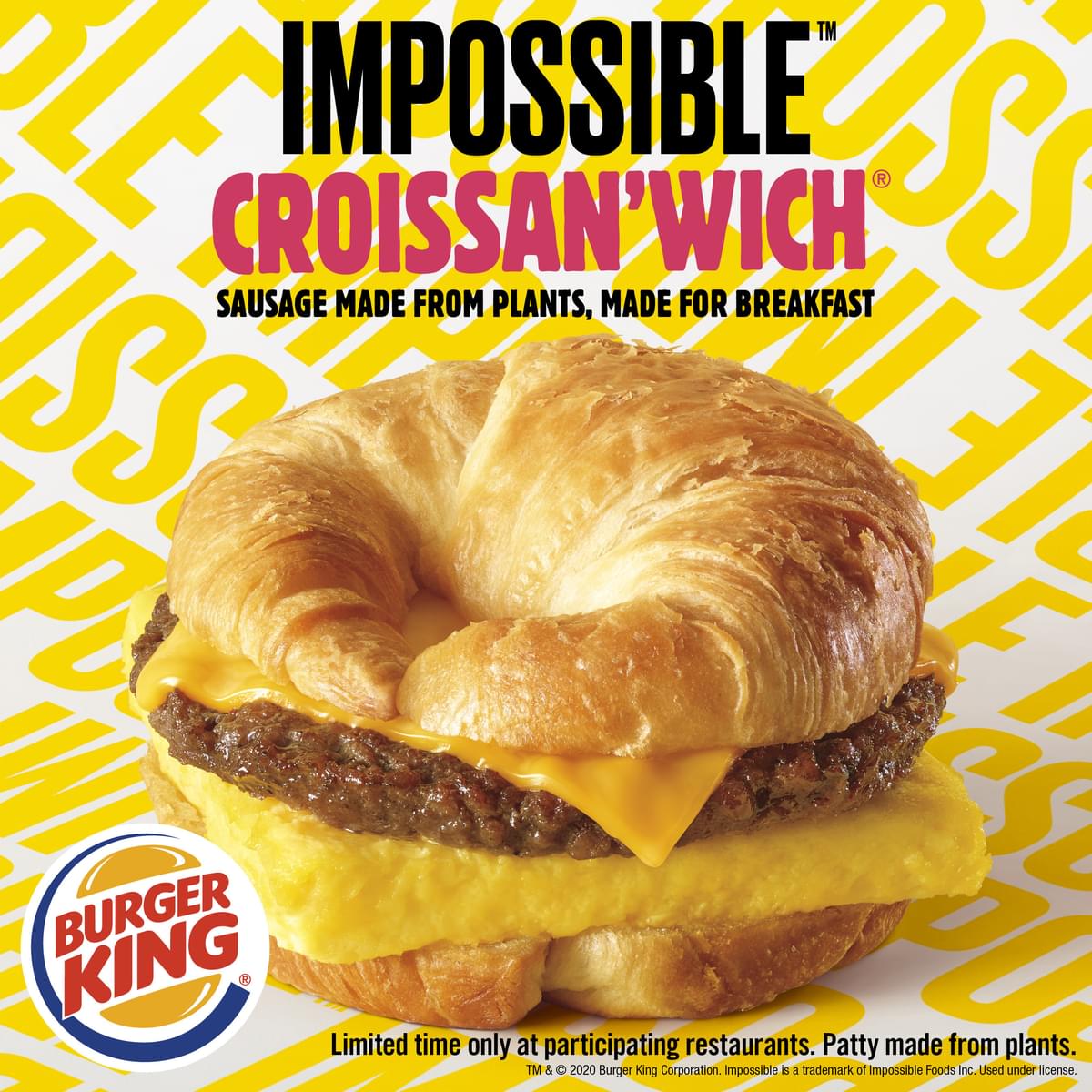 After the success of Burger King's Impossible Whopper, BK is set to test another item featuring a plant-based meat replacement. This time, the meat free item is a breakfast sandwich.

While the Impossible Whopper received a nation-wide roll out, the Impossible Sausage Croissan'wich is only being tested in 139 locations in the following markets: Savannah, GA, Albuquerque, NM, Montgomery, AL, Lansing, MI and Springfield, IL. It will be available later this month.